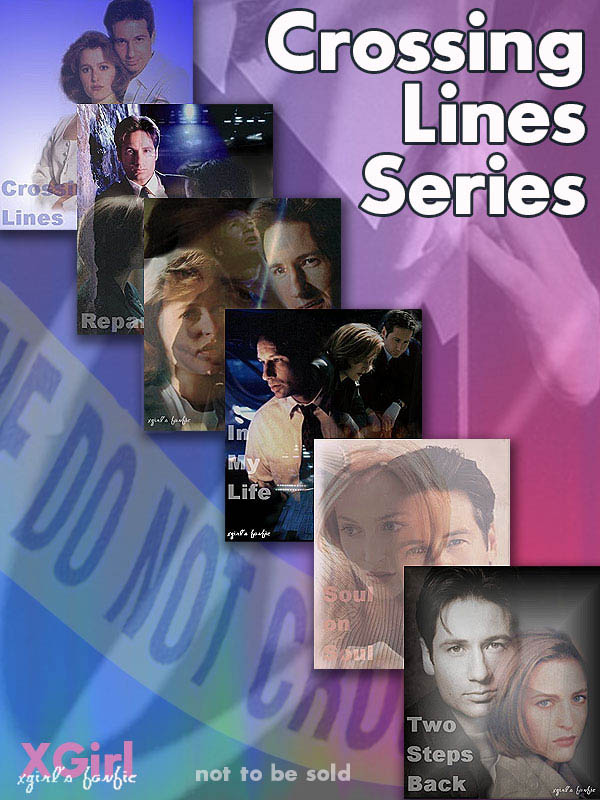 (For a Glimpse of "What Could Have Been")

For those of you unfamiliar with my work, all of my stories take place in what has become known as the "Crossing Lines" universe. It was the name of my first fanfic, an "unplanned" effort that ended up paving the path for my version of Mulder and Scully following their 1998 big screen adventure.

This first set of stories — beginning with Crossing Lines and ending with Two Steps Back — essentially take place during the TV series' sixth season.  It continues in the Healing Waters series.

CROSSING LINES: Released March 1999 — PG — Spoilers for Fight the Future — Our favorite long suffering couple deal with their continuing and changing relationship after the "events in the hallway" and finally acknowledge the existence of the "L" word. Along the way, they establish closure on some important issues of the past year, including Mulder's unresolved guilt over Scully's illness.

WHEN: Released September 1999 — PG-13 — Spoilers for Fight the Future — Scully and Mulder each reflect on an eye-opening night of discussion.

REPARATION: Released March 1999 — PG-13 — Spoilers for One Son — After being a big-time jerk to Scully, Mulder must make amends.

IN MY LIFE: Released April 1999 — PG — Spoilers for Arcadia — Mulder celebrates life with Scully on a very special day.

TWO STEPS BACK: Released August 1999 — PG-13 — Spoilers for Rain King — The strange wackiness of the Rain King encounter takes a serious turn when Mulder and Scully are faced with revisiting an old fear.

xgirl fixes some of the post FTF faults in this series of series.  For more information on her writing, as well as episode reviews, you can still visit xgirl's x-files xperience  at http://xgirlsfanfic.blogspot.com.

XGirl has kindly provided her 10th Anniversary Edition of the complete series for download if you prefer.  Along with the 14 stories in the Crossing Lines universe, there are also some updated author notes etc.  Download the pdf file here. 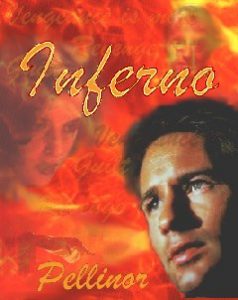