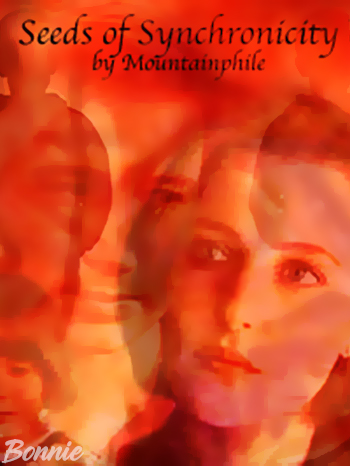 Six years after the events of "Aubrey," Scully and Mulder revisit the Missouri town to confront old demons and lay new ones to rest.

Mountainphile takes us back to the town of Aubrey late in Season 7,  where murders continue despite their solving the case way back in Season 2.  She also manages to tie some mytharc-related Scully angst in, all while Mulder and Scully are attempting the navigate recent changes to their relationship.  I'm in awe of authors who can write complex plotlines whilst keeping our heroes in character and tossing in some angsty sexytimes, and  Mountainphile is definitely awesome.  It's this clever use of the characters that I wish we'd seen more of on screen at the time in place of episodes like Fight Club. Whilst in canon the mytharc got out of control with as much as possible crammed into double- or triple-eps, I would have liked to have seen the occasional monster of the week eps include a little aspect of it here and there in the way Mountainphile's done it, rather than a massive dump of ever-changing overly-complex mytharc a few times each season.  But that could just be me. 🙂