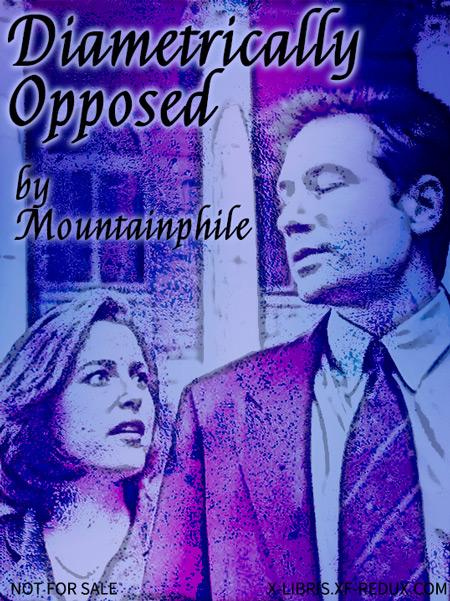 Mulder and Scully investigate the mysterious disappearance of a college student in Ohio.  Circumstances demand that they work from divergent ends of the spectrum, unearthing old wounds while opening new doors to the truth.

This isn't so much a sequel to Seeds of Synchronicity, but it is set in the same universe. They can be read independently.

Mountainphile's come up with another story that puts Ten Thirteen to shame with 'Diametrically Opposed'.  Not only does this have an intricate plot and heaps of action, it also questions Mulder's uncharacteristic acceptance of the walk-ins as Samantha's fate in Closure.  Plus, I LOVE a story where Scully's right in the action while Mulder's caught up following questionable leads.  Although technically set in Season 8, it assumes Requiem never happened.