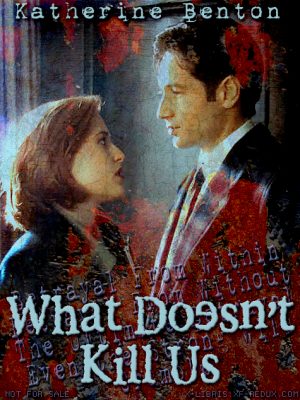 Mulder and Scully struggle with issues of trust and betrayal during and after the events after Fight the Future.

Some extra angst for the Easter break.

This is a masterful series by Katherine Benton that sees some major changes in Mulder and Scully's personal and professional lives, and tugs on the heartstrings a little. This is the only fic I've read that deals, among other things, with Mulder's discovery that his body was used for sex without his consent during Dreamland.  It's a deliciously angsty fic, with far better use of the Mytharc than the show gave us (not that that's difficult).