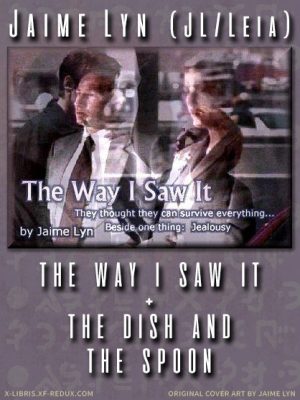 The Way I Saw It: Scully has had an awful day, Mulder is drunk, and Diana Fowley thinks its all Scully's fault. Who is right? Who is wrong? And what the heck happened?

The Dish and the Spoon: Rain, wind, Mulder, Scully, Diana and... a meteor shower? What the heck is going on? Who will emerge victorious in a game of love and war? It all happened just the way they saw it.

JaimeLyn tells this story from Diana, Scully & Mulder's points of view alternatively, and it's a thing of beauty, particularly the Fowley-Scully hate.