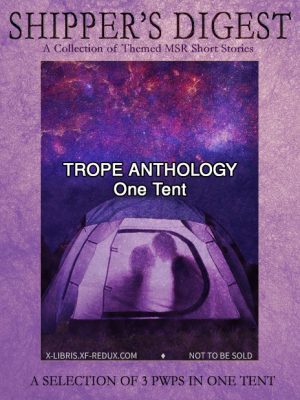 Another collection of tropey fics - this time it's two agents consorting in the one tent.  There are only three in this edition, but they're all longer PWPs, and some even snuck in a little plot.

Circumnavigation by Suzanne Schramm
Sometimes you don't know where you're going until you
get there.

Wildcats by Sheryl Martin (Nantus)
You're not getting anything more than
sex, sex and romance... oh, did I mention sex?