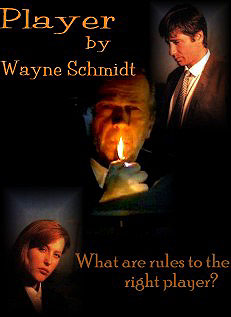 Mulder and Scully have to retrace the steps of an early X-Files agent to find out how and why he disappeared.

From the author: My motivation for writing this story was that if Mulder was as smart as they made him out to be in the beginning of the series (Mulder seems to me to have become less intelligent as the series worked its way into the final years) he would have won at least some of the cases involving confrontations with the smoking man. Player gave Mulder the opportunity to play in the big leagues. (Text changed slightly to avoid spoilers)

The events in this story take place before the death of Mulder's mother. I've tagged it as an early seasons fic as well as season 6 as it really has that early feel, and there are no real spoilers for other episodes to speak of.

I'll forgive Wayne his noromo blasphemy as this is a bloody good novel.  It's written with intelligence and detail, leading up to a massive climax. This feels so much like a throwback to earlier seasons Morgan & Wong, developed with the feel of an action movie. It's very much of the train surfing Mulder genre.

I've linked to Wayne's website - waynesthisandthat.com - should you wish to explore his other writing.

The extra cover image displayed in the ePub & PDF stories is actually the HOF Stamp of Approval for this story. 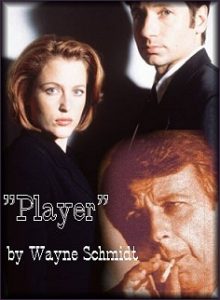