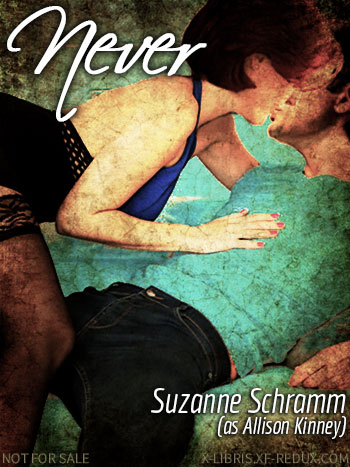 To summarise it, in a still non-clever way, Mulder is on a deep undercover assignment, and a concerned Scully just happens to find him at the right time.  It falls under the irresistible 'fake sex gets out of hand' trope.  The company Mulder's been keeping start to question his manhood when after three months he's never hooked up on one of their regular drinking excursions, so Scully helps him regain some credibility. 😉

My memory is hazy so I can't remember whether Allison is the author's real name or another pseudonym. While I'm leaning towards them both being pen names, I've posted it as Sue Schramm just in case.  (I just don't want people's smutty fanfic to show up when a potential employer is googling them, for example.) 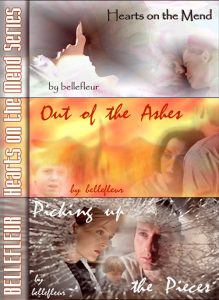 Hearts on the Mend Series by Bellefleur