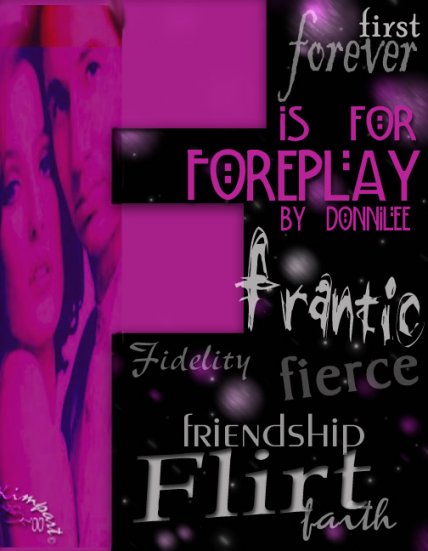 Includes F is for Foreplay and Foreplay With Results.

Scully gets hit on by a rude fellow pathologist and spills the beans to Mulder, prompting him to try to make it all better.  Then Scully gives her take on the events in Foreplay With Results.

I decided that there was no way I could post all of Donnilee's alphabet stories at once, so I'll post them separately.  I don't know why I started with F, I think Kimpa's cover caught my eye.  It doesn't matter which order they're read in - they're not consecutive - it's a collection of stories based on each letter.  Apparently Donnilee couldn't find "Foreplay" in any of her dictionaries for the usual introductory definition, which seems to indicate that Donnilee only buys dictionaries that are compiled by men 😀 😉