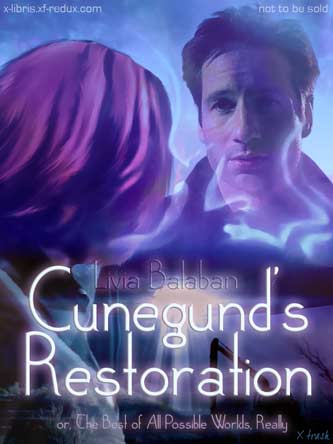 Despite the "hard news" angle taken by his correspondent Christiane Amanpour, CNN Washington Bureau Chief Frank Sesno finally got to the point and asked the question everybody had been silently asking themselves. "So, Agent Mulder, how did the spacecraft handle?"

After the comparative angst of Livia's "Hem Ben Ik" I thought you might like a happy ending story.  This has to bring a smile to your face, and it's surprisingly light on sap as Livia ties up more loose endings than CC did in 11 Seasons and 2 movies. 🙂