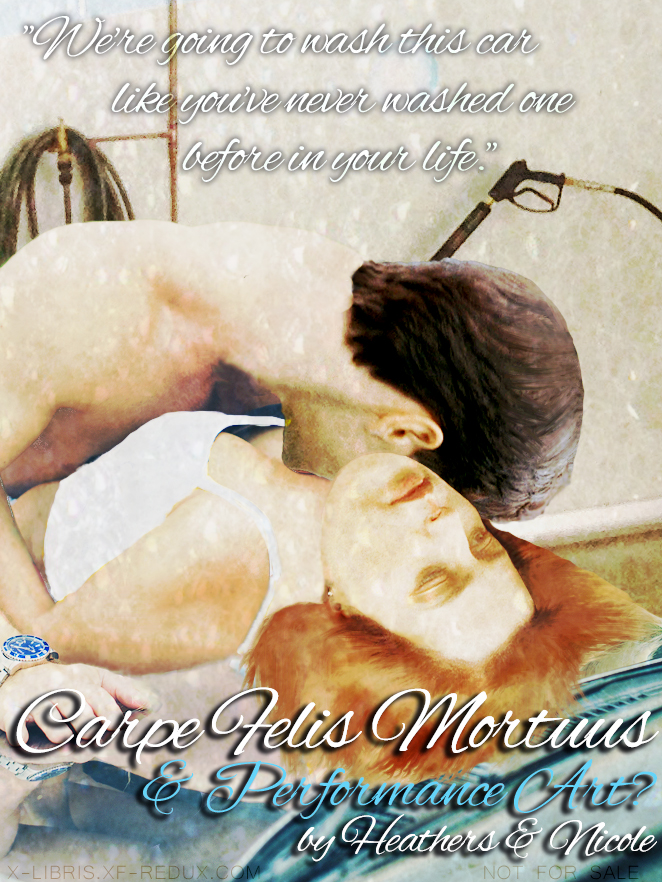 Carpe Felis Mortuus: How far would Mulder & Scully go for a little nookie?

Performance Art?: Mulder and Scully delve into the world of Modern Art… Some might call that kinky

According to Nic, this is 265.98% SMUT.  CFM is a rampantly smutcentric fic involving a frustrated Scully, a teasing Mulder, a beach, a rental car, and the line: "We're going to wash this car like you've never washed one before in your life."  It's early in their physical relationship and Scully's at a convention, so the sexual tension is extreme and they're both a bit desperate when Mulder turns up.

I've also added Performance Art? which is described by the authors as an homage to CFM. Unfortunately the "Carpe 2" mentioned in the headers for this fic has never eventuated to my knowledge.

I actually tried a few different illustrations of the car wash scene for this cover over the years, and thankfully I finally managed to make one that wasn't too porny!  😀