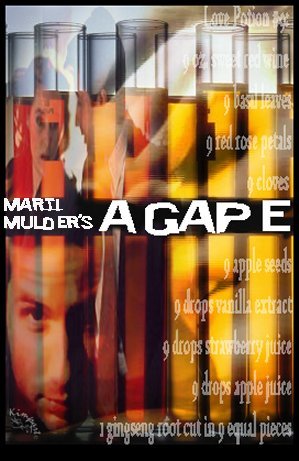 Imagine Mulder and Scully under the influence of Love Potion Number Nine.

Agape ah-GA-pay: Unselfish love for all persons. An ethical theory according to which such love is the chief virtue, and actions are good to the extent that they express it, is sometimes called agapism. Agape is the Greek word most often used for love in The New Testament, and is often used in modern languages to signify whatever sort of love the writer takes to be idealized there. In New Testament Greek, however, it was probably a quite general word for love, so that any ethical ideal must be found in the text’s substantive claims, rather than in the linguistic meaning of the word. (Cambridge Dictionary of Philosophy, 1995)

This one isn't as dubcon as it sounds.  🙂  Our agents show great restraint... until they don't.