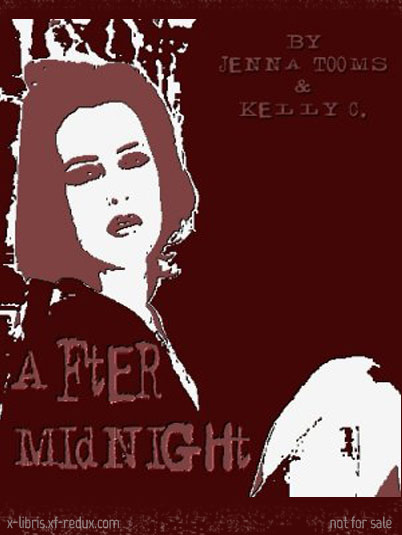 Mulder and Scully move through the events of season six, carefully changing from friends to lovers.

Once upon a time there was a vignette. And when the vignette was posted, there were pleas for a sequel. However, the author had no ideas for a sequel, so she let a friend write it. The sequel then inspired the original author, so she wrote more. And so it went, back and forth, until the original vignette became . . .   After Midnight.

Mulder is repentant after Two Fathers/One Son.  Scully forgives him, a little at a time.  They have to rebuild trust.  This series takes you through season six from One Son onwards.

Jenna's made an illustration for each story in the series. There are too many to attach here, but they're included in the ePub & PDF versions.