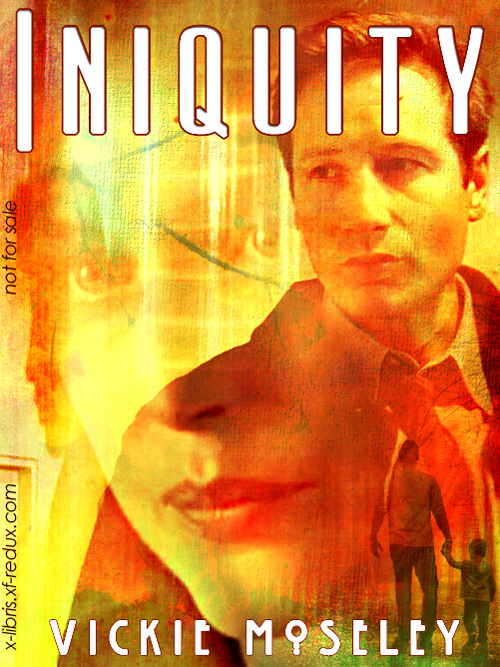 While still working on Domestic Terrorism, Scully takes a vacation and Mulder finds himself doing a profile.

! Content Warning: some graphic images, not for tender readers.

Scully's in San Diego for Thanksgiving when Mulder's sent there to profile a baby killer.  Once again, Scully doesn't get a vacation and ends up babysitting Mulder.  Vickie has Mulder in full-on psycho profiling mode in this one, with an added degree of physical difficulty, all while staying at Bill Jr's house.

You may have noticed that I haven't been uploading regularly since returning from my time away with the bats. I'm behind in everything at home and struggling to get back into routine. I'll get back on top of it all once I stop beating myself up over it. 🙂 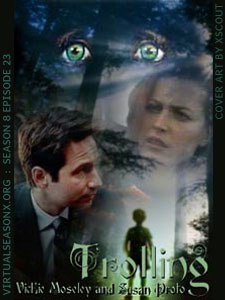 The partners investigate a case of a missing child and run into a couple of obstacles along the way.

This feels like a Darin Morgan-type story, with Scully operating the slide projector and having the theory, while Mulder questions its validity as an X-File.  It was originally written for Virtual Season 8 (episode 23).  If you like case files, I can highly recommend the Virtual Season X site as a treasure trove.  They also made dustjackets for each 'episode' so the odd virtual episode will end up here.  This project continued the series with virtual episodes when it was unknown whether there would be a Season 8.  It branches off after Season 7's Je Souhaite, meaning the revelations and events in Requiem and official Season 8 onwards never happened.  Mulder and Scully are a couple, but the focus is on the case files rather than the relationship.  [This is a different project from the Alternative Season 8 that's previously been posted here.] 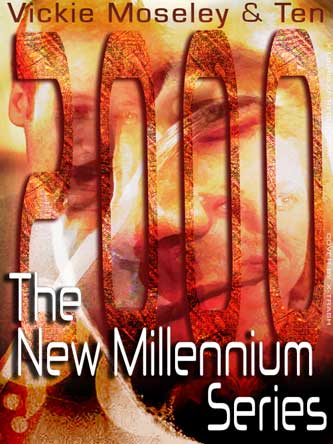 This starts as a post-ep for Millennium, but quickly gets out of hand as canon continues to disappoint.

Starting the New Millennium by Vickie
Dear Chris: this is how I would have loved to end that episode. But you didn't do this, so I had to.

Consummating the New Millennium by Ten
If Fox William Mulder just started off your new millennium by driving you all the way to Connecticut and then springing a surprise wedding on you - your own, to him - before saying "let's go home," would you REALLY be able to wait that long before bedding him?

Entering the New Millennium by Vickie
Time spent with the future in-laws.

The Night After the New Millennium by Ten
The newly married couple have been invited to stay the night, despite Bill's displeasure. Can Mulder survive until morning, and will his fate be at the hands of Bill or Dana?

Facing the Pitfalls of the New Millennium by Vickie
Mulder and Scully finally make it back to Scully's apartment after telling Maggie the good news.

Reflections in the New Millennium by Ten
On the third day of Marriage my true love is down with the flu and has probably passed it onto me, which is certainly more novel than a partridge in a pear tree. But at this time of year other potential clouds are on the horizon too...

The Jig is Up by Vickie and Ten
Bill's final thoughts on this little incident.

Rushed by Ten
The honeymoon comes to an end, and our newlyweds return to work and find themselves dealing with more than just an X-File.

Get Lucky by Vickie
Mulder has a run of bad luck.

Kicking Butt in the New Millennium by Vickie and Ten
It's New Years Eve, a time for remembering.

Getting Some in the New Millennium by Ten
It's New Year's Day, and Mr. & Mrs. Fox Mulder are still remembering (and arguing) about an old case.

Snakes and Saints Alive! by Vickie and Ten
Near death from snakebites in Signs and Wonders, how does Mulder manage to survive?

Closure by Ten
Married life is mostly going well, but then Mulder suffers the double loss of his mother and sister.

Cleaning Up by Vickie
Mulder's thoughts as he and Scully clean out his mother's house. They find a little comfort along the way.

The Calm Before the Storm by Ten
Mulder and Scully go househunting, blissfully unaware that the events of "Requiem" are looming.

Lost and Found by Vickie
Mulder is in a very bad place.

Sorrows and Joys by Ten
Scully is on a mission to find her missing soulmate and husband.

Finding Mulder by Vickie
It wasn't easy for her to walk into the Hoover the first day after his disappearance, but there she was, gold band on her finger, declaring a marriage that was already months old, but a total surprise to the water cooler grapevine.

Homecoming by Vickie and Ten
After being returned by the UFO, Mulder sets out on the path to recovery - and out of the hospital - with his wife by his side.

The Connection by Ten
After Mulder's return from his abduction and a stint in the hospital, he has been discharged at last. Scully cannot wait to have a peaceful night's sleep at home with her husband, but surprising events unfold.

On My Own by Vickie
Scully has to go back to work, and even though Maggie is there to help, Mulder is on his own.

Agent Michels Speaks by Vickie
I don't participate in office water cooler gossip. I don't go out of my way to attract attention to myself, especially from the opposite sex. I keep to myself, do my job and all is generally right with the world.

New Faces by Vickie
Skinner is given a particularly hard assignment.

Scenes From a Recuperation by Ten
A time of rest and recovery before the next storm.

Scratch Back Fever by Vickie
Mulder reaches a low and very dark point during his recovery, but help is on hand from several sources.

Wedding Marches and First Dances by Vickie and Ten
The lead up to Mulder and Scully's renewal of vows, including the introduction of the new X-Files agent, then The Day, the reception and the wedding night.