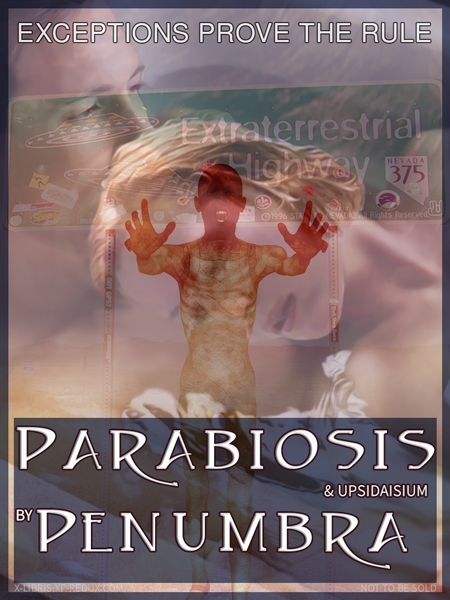 This story is supplemented by an NC-17 'addendum to casefile' 'Upsidaisium', which is included.  Upsidaisium is set around Gethsemane which is a bit confusing but smut is smut.

Scully dared herself to give in to this life, to call this enough - dire middle-of-the-nights with this unbelievable parabiosis arcing between them, and the daytime eternities of pretending there was nothing new.

And now when he wanted to lie with her, kissing and talking, she thought of how they would act tomorrow, of the subsequent days until they could be like this again, and she felt a certain level of bitterness at the sham of her life, bitterness he dispelled with his hands and mouth, and with his unspoken assurance that the only certain thing we have is now.

Penumbra really has a way with words. I was really surprised that I had to create a dustjacket for this one because it's such a legendary fic.  There must be one somewhere that I don't know about. I did, however, find this fanart for it by skuuri at deviantart/ankathehuman at tumblr: 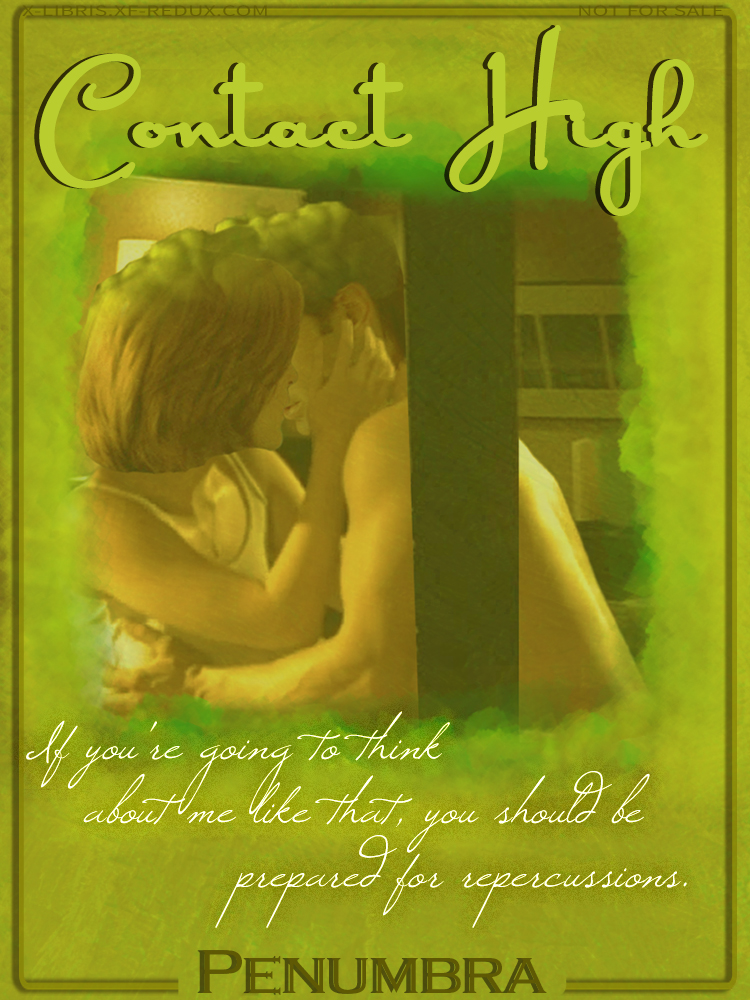 Scully drops by Mulder’s apartment one evening and one thing sort of leads to another. Colonization metaphors abound. Mulder’s new bed has a cameo.

I love Penumbra's post-ep for Field Trip.  These are the hallucinations CC didn't want us to know Mulder and Scully shared. Just try to ignore the use of the F word. (You'll know what I mean - that awkward F word).