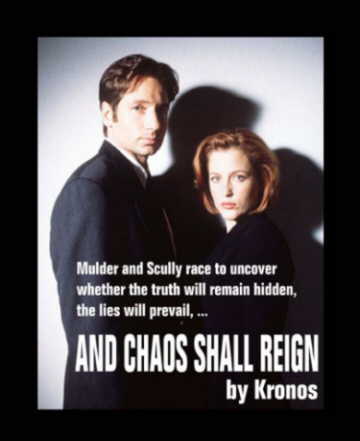 Mulder and Scully are called in to investigate the explosion of an air separation plant in Hampton, Virginia, in which more than a hundred people were killed. Mulder struggles against self-doubt and considers his future with the Bureau, even as he and Scully become embroiled in politics when their opinion as to what occurred runs contrary to that of the local FBI SAC. Despite the roadblocks, their investigation leads them to a conspiracy whose purpose could result in an even worse disaster. Skinner joins his agents in a race against time that could very well end with all their deaths, along with thousands of innocents.

Another fic that slots in after Folie a Deux, with Mulder in a mood and Scully and Skinner keeping him afloat as they investigate a complex and dangerous case. 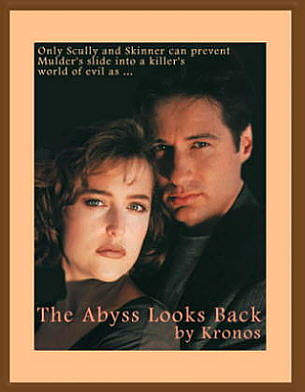 Mulder is the Bureau’s last hope for solving a horrific child kidnapping/murder case and is assigned as behavioral specialist consultant. It’s Skinner and Scully’s job to keep him well and sane long enough to prevent another death. Similarities to both victim and killer profiles create an uneasy resonance in Mulder, who must fight to maintain enough of a professional distance so as to avoid an unrecoverable slide into the abyss. !References to child abuse.

Kronos writes a great case file with sweet angst.  Profiler!Mulder is always welcome in my home.  Thank you to Alicia for this suggestion.  There will be more of Kronos' fics to come.

This second cover was from Julie John's  long-gone aol site, and I assume it was made by her. 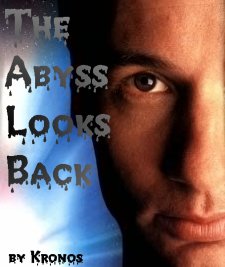