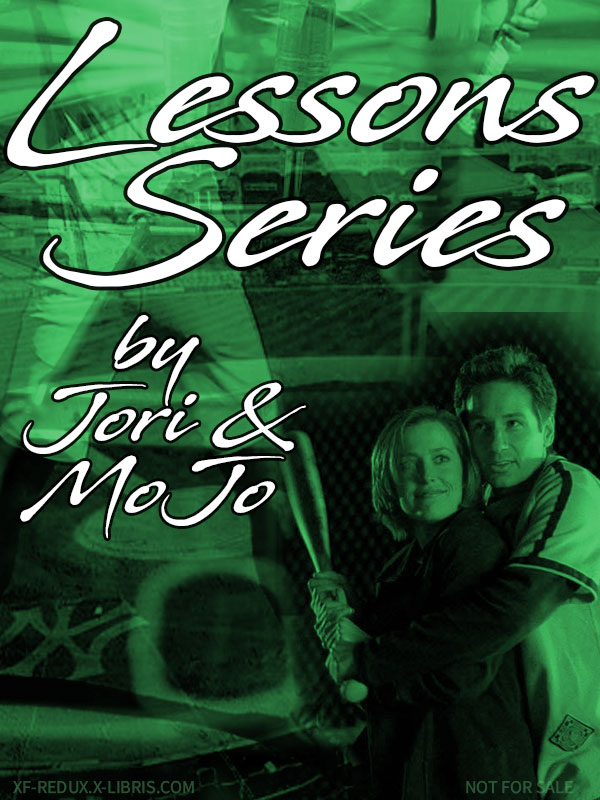 Lessons I: Racked by Jori  - Scully picks the next game.
Lessons II: Head's Up by MoJo - After Racked, Mulder decides to teach Scully a new game.
Lessons III: Quiver by Jori - Scully tries to improve Mulder's aim.
Lessons IV: Fore Play by MoJo - Mulder engages in a little action on the fairway with Scully.
Lessons V: On the Fly by Jori - Scully teaches Mulder the finer art of using lines and handling his fly.
Lessons VI: Double Down by MoJo - Mulder shows Scully how to go *double down* in darts.
Lessons VII: Soaring by Jori - It's time to take learning to a new, higher level.
Lessons VIII: Joyride by MoJo - It's time to take learning to a new, higher level.
Lessons IX: Swing Time by Jori - After their previous 'accident', Scully and Mulder hit the bargain basement for their next lesson.
Lessons X: Fast Lane by MoJo - Mulder and Scully move into a faster lane.
Lessons XI: Field of Play by Jori - The games continue, but their meanings have changed so much. Scully gets her kicks with Mulder during a late night soccer match.
Lessons XII: Body Checking by MoJo - Mulder calls a penalty on Scully out on the ice.
Lessons XIII: Over the Net by Jori & MoJo - Mulder and Scully agree to meet on the courts for the ultimate singles match.
Lessons XIV: Bringing it Home by MoJo & Jori - Months after their first 'lesson' together on the baseball diamond, Mulder and Scully try to bring it on home.

After yesterday's mytharc fic, I figured some irreverent fun times were in order.  Jori & Mojo take the spirit of the baseball lesson at the end of The UnNatural and run wild with it.  These stories are overflowing with UST and innuendo and inappropriate partnerly behaviour in various settings until Moose & Squirrel finally figure out what the lessons are really about. 😉

Original cover image from Jori's website. This cover is on the PDF & included in the ePub version. 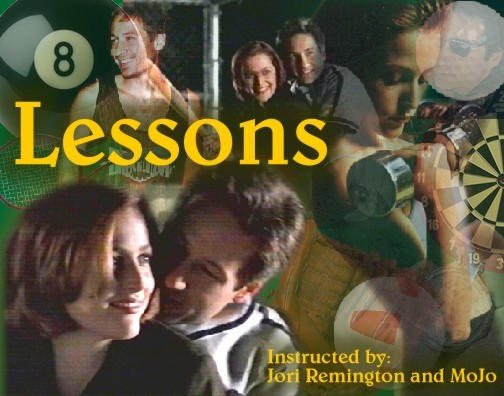 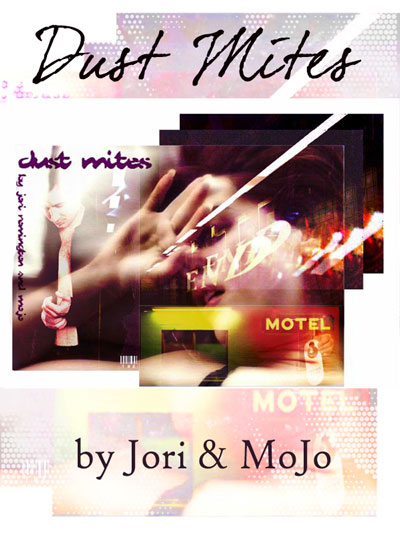 Authors' Notes: Inspired for our love of fonts and cheap, sleazy motel fic, 'Dust Mites' can be found at http://www.dafont.com/dust-mites.font and probably any Motel 6.

I needed a quick fic to add due to lack of time today, and while scanning through my cover repository I found this sweet little tropey classic from 2000, then realised it was on AO3, making it a perfect choice.

I'm too tired to fight my compulsion to have all images in 'portrait' orientation for the book grids. I accept that I have fic-cover-OCD and thus will display the original image under the post if I haven't been able to resist changing orientation.  You'll also find another image on AO3.