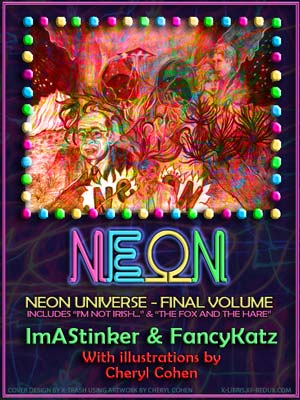 Neon: Mulder is welcomed back to work and Skinner immediately sends them out on  a case in Reno. They're not the only ones with an interest in the area and the time.

I'm Not Irish, So Why'd You Pick On Me?: Mulder has an unusual St Patrick's Day experience.

The Fox and the Hare: Mulder breaks the news prematurely. To appease Scully's ire, he is talked into a very unusual favor that leads to a series of embarrassing situations. The MacLeod children return, to Mulder's dismay, and Mulder's Easter vacation becomes an exercise in domestic survival.

Once again Mulder faces a multitude of tortures, including one I can definitely commiserate with having had to drive for a week in agony through outback Australia looking for help for an abscessed tooth, eventually having to avail myself of the wonderful Royal Flying Doctor Service dentists.  If you are able to support the help they provide to outback communities, please do so. It's easy to take medical services for granted when you don't have to drive 1200km to the nearest dentist... but I digress.

Neon itself is a serious, Mulder-torture filled novel, still set in Season 2, with links to the mytharc.  It has my favourite Mulder-in-a-kilt and a few other situations where he finds himself judged appreciatively . The mood changes somewhat with "I'm Not Irish" and chaos abounds again in "The Fox and the Hare".

The PDF & EPUB versions contain some of CAC's original sketches, including the ones below. 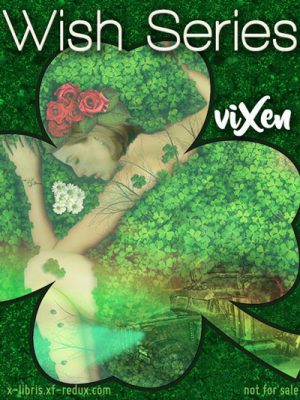 THE WISH: On St. Patrick's Day, Scully is given the opportunity to see how life could be different had alternate paths been chosen.

THE WISH II: ALL THE COLORS: Mulder takes a drive that sends him on an unexpected journey.

THE WISH III: A DREAM IS A WISH:  Mulder and Scully face implications