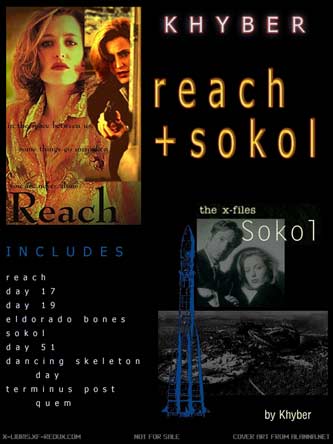 Khyber takes our agents to some original and unique places. He also gives the partners a fun and adventurous sex life without overdoing it, with a few short smutfics interspersed with the main stories. The angst is also tempered with the kind of off-the-cuff snark that Mulder likes to make, and Scully sometimes adopts, and all the ingredients are there for a very entertaining series.

This one's a little large for a story page, but the other usual options are available.

I don't know who made the original covers, but they were originally posted in Khyber's part of alanna.net, but I hadn't seen them at khyberfic.net (this could just be a wayback machine archive issue.) I also spent an entire day making one myself before I realised there were pre-existing covers, so I'm going to include that one here too. 😀 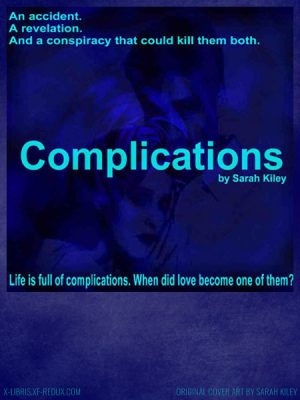 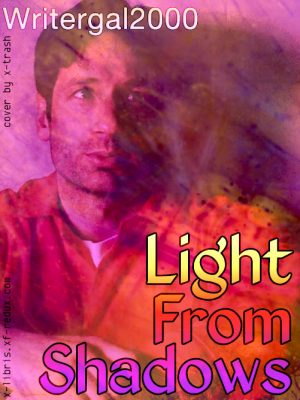 Waking up in a deserted park in the middle of the night, Mulder's mind is a blank. As he and Scully struggle to put the pieces of his memory together, evidence builds into a criminal case against Agent Mulder. While the partners search for the truth, Mulder begins to doubt his own innocence.

(I know, reminiscent of Demons, but too great an episode not to parallel.  This is different in its own right -- trust me.)

!Content Warning: There are quite detailed descriptions of sexual assault by or of Mulder, (depending on the POV).

It's not hard to think of Demons when the story begins, but it soon takes you to a whole 'nother place.  Mulder has a hard time fighting accusations against him, not knowing how much of it's true. But, honestly, either Mulder needed a better lawyer or I watch too many true crime shows. 😉 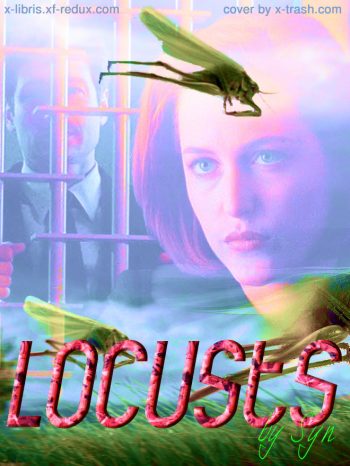 An unexpected death begins a terrible journey for Dana Scully and Fox Mulder, one that threatens to tear their faith, their beliefs and their partnership apart.

There is a character death or two, but nobody major. Let's just say Bill's lost some of his bluster in this one.

Syn brings us an engaging  mytharc story with twists and turns and up and downs (mostly downs) as Scully is living a waking nightmare of betrayal and emotional torture, while Mulder is fighting to be believed.  An excellent story set shortly after Emily, and featuring a slightly annoying Detective Kresge. 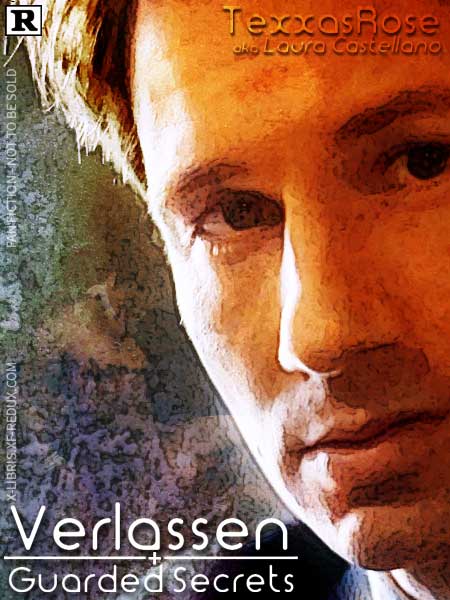 Verlassen: The knowledge Mulder receives from an informant is more dangerous than ever before. How much will he sacrifice to guarantee Scully's safety?

Guarded Secrets: It’s been two months since Mulder’s return from Verlassen, and he is almost fully recovered. Just as things seem to be working out for the happy couple, danger strikes again from unexpected sources.

Once again, TexxasRose brings on the Muldertorture, then she ups the stakes when things are starting to go well and tortures them both. There's a little actual torture involved as well as the beginnings of sexual assault, but nothing too graphic. Mulder gets a kitten, so that should make up for the unsavoury events. 😉 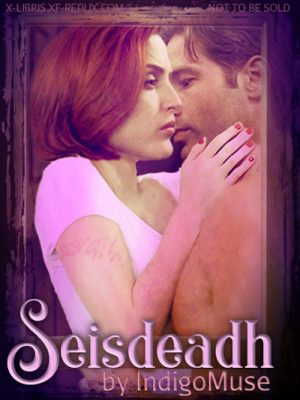 Scully's getting stalked, and when she disappears, Mulder finds their relationship under suspicion, whilst he searches for her. Meanwhile, she's not inclined to just sit back and wait to be rescued.

This is a fic I came across whilst I was searching for another story, and I'm very glad I did.  I usually avoid established relationship fics because I like a bit of excitement, IYKWIM, but there's no lack of that with this pair, despite them being together almost 2 years at the time this is set.

There's the angst of Mulder and Scully both being in danger, then more angst when nobody would believe Scully had been kidnapped, thanks to some bruising left by Mulder. 😉 After Mulder is sidelined by the bureau, our agents have to each rely on their wits to get back to each other.  A++++ 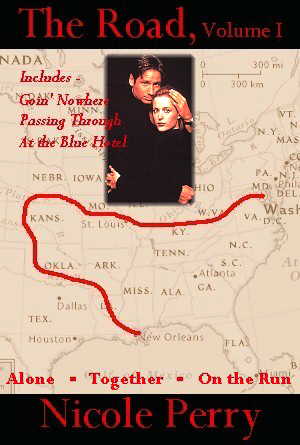 Scully is injured in a blast in which lives are lost. She was the target, so she and Mulder take off, knowing also that that they will be blamed. The pair travel the width of the country in an effort to escape those who are after them.

This starts as a short story, set in Season 3, but it quickly gets out of hand and ends up as an epic series.

From Nicole (in Goin' Nowhere): This is a dark story that I love.  It was wild -- the idea literally leaped into my mind this morning and plagued me all day. It was all I could do to get home and write it down.

*City Limits is an incomplete WIP. I've put a note at the end of the completed stories so you can decide whether or not you'd like to leave them in a happy place or continue on. City Limits has only 5 chapters posted, and remains eternally incomplete.

It's sad that this epic series remains unfinished, but I can't even imagine what it would be like to work on a project for this many years, so I'm totally surprised that Nicole managed to put out as much as she did.

I'm not really a fan of the premise of this fic, but this is well written and didn't bother me for some reason.

I'm uploading another story, written by Wendy Wiliams, called "Cul-de-Sac" for anyone who needs something light hearted when they get to the end. This story is in the Roads Series universe, and is a humourous meta-based fic with a cameo from Nicole and a cast of characters from the Order of the Blessed Saint Scully the Enigmatic. It was authorised by Nicole, so could technically be considered canon...  It begins at the end of A Divided Highway. 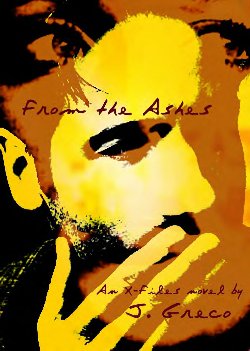 When Mulder is accused of sexual assault by a confused young girl, it begins an odyssey which will cause him to doubt every aspect of his life. But as Scully works to find out the hidden truth behind the events, Mulder realizes that she is the one truth upon which he can always rely.

Jamie finds a number of imaginative ways in which to torture Mulder, and Scully is the only one he can trust to help him through an extremely difficult time.  There's lots of love in this one - no smut - but it doesn't seem to be lacking.  It's a sensitive, heartwrenching (but somehow at the same time heartwarming) novel that draws our agents closer together.  Note - there are references to sexual assault but no gory details.

Jamie's Mulder is spot on with his comebacks.  His ability to make light of a situation with lines like “I have to admit, Scully, punching me in the face seems to be more than the passing fad I had originally hoped” adds some levity to  an otherwise angsty fic. 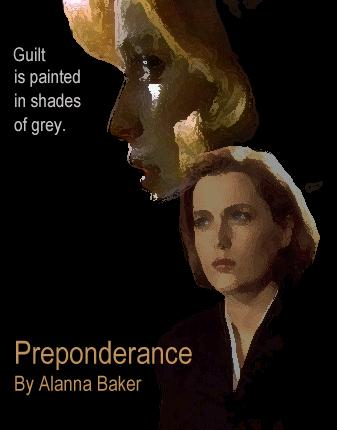 Guilt is painted in shades of grey. When Scully is involved in a serious crime, how will Mulder react?

This fic is a meal of angst and emotional torture, with a side order of smut.  Alanna sets our agents on an extremely emotional journey, with a divide that seems impossible to bridge.  But have faith. 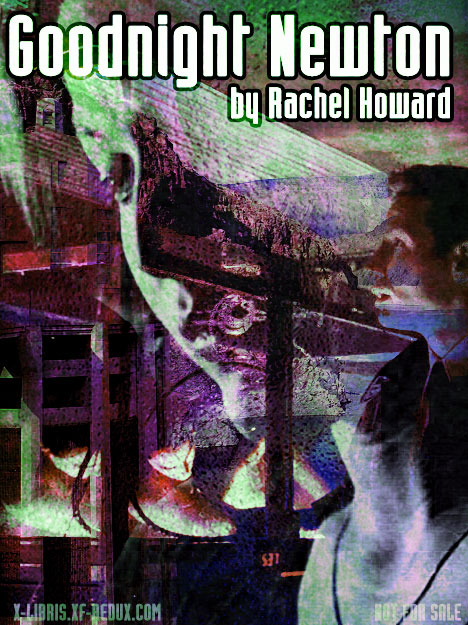 A bizarre case in Las Vegas leads Mulder and Scully deeper into the Consortium's secrets than they've ever gone before.

As excruciating as the mytharc can be, it does inspire fics like this that attempt to repair the problems. Rachel considerately ties up the season 5 mytharc loose ends in this well-written story.

I finally managed to excavate the original dustjacket by Michaela from the ashes of AOL. 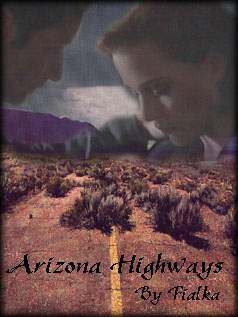 Visions of Melissa lead Our Heroes on a case confirming the existence of a series of Emilys. But does Melissa really have a message, or is it all in Scully’s head? 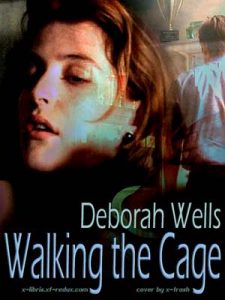 Walking the Cage by Deborah Wells